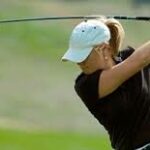 Having great technique and skill certainly can lead to good golf, but often the golfers who score the lowest don’t look like they are doing anything amazing and, therefore, make low scoring rounds seem very ordinary.

Low scores often come from golfers who play the smartest and know how to get the best result out of the skill they have, and that’s something we can all improve on.

1. Keep the ball on the ground around the greens

One of the quickest ways to lower your score without improving your technique is to be diligent in choosing the short game shot with the least risk. Typically, the less time the ball spends in the air or the smaller the stroke or swing you take, the less the chance for error. Reaching for your highest-lofted club every time can translate into higher scores very quickly.

Your short game shot selection should go in the following order:

Putt whenever you can. Chip when you cannot putt, using whichever club will allow you to keep your stroke small while also carrying the trouble. Pitching requires a larger swinging motion and therefore carries the greatest risk. Consider it a last resort.

By using this order you give yourself lots of room for error, so your mistakes will go unnoticed by your playing partners or your scorecard.

2. Know when to play defense

We all make mistakes during a round of golf. There is an art to knowing when to be aggressive and when to back off and play safer. When you find yourself in a location on the golf course that would require you to hit a “hero” shot to save your score, you’re better off simply taking your medicine instead, and playing your ball into a spot that leaves an easier next shot.

Trying to hit the hero shot is fun, but its often what leads to big blemishes on the scorecard — which aren’t fun at all.

What happens when you aren’t hitting the ball like you want to? Or what about when you are struggling with contact altogether?

My advice is simple: Go back to using your favorite club as often as you can, from tee-to-green. Practice all different kinds of shots with it in advance — from bump and runs to half-club shots — so you’re prepared for when things go south. But by leaning on your favorite club, you’ll help boost your confidence and give yourself an option when things aren’t going as planned.

When it’s windy, teeing off on the side of the tee opposite where the wind is coming can make a huge difference in your ball curving less. For example, if the wind is left-to-right and you tee off on the far right side of the tee box, you would automatically aim more left. Aiming more left would angle you more directly into the wind and the wind would be less of a curving influence on your golf ball.

5. Know both your carry and total yardages

It can be really helpful to spend some time on a launch monitor and really calibrate carry and total yardages for all clubs in your bag. If you need to write it down to remember, it is well worth the time. I spent some time on my yardages and realized that I carry the ball shorter than I thought. This has made a big difference when I need to carry something like water or a bunker, which can save you some easy shots.

There is so much great tech out there to help you to better navigate the golf course. Knowing yardages to hazards or to carry bunkers can be such an advantage. I don’t think you need to use it on every shot, but there certainly are times when having this guidance can shave strokes from your score.

Having the right attitude can often be as effective as talent alone. When I taught at PGA National under the direction of Mike Adams, Dr. Rick Jensen was our mental coach. He taught the students that when faced with a really difficult par 4, rather than treating it as such, consider it an easy par 5 instead. If often produced better results and helped build golfers’ confidence that benefited them later in the round.

There are so many great wedges to choose from these days. Many pro golfers carry up to four wedges in their golf bag, and this doesn’t even include lower-running bump-and-run shots that you’d hit with other clubs. All these options can be a bit overwhelming, especially since many of us don’t have enough practice time to truly have this distance control down to a science.

On a very regular basis, I am calibrating short games for my students and either writing it down or writing it onto the shaft of their club.
It can be simple, but make sure you build an understanding of what you use each club for, and how far it flies, so you’re prepared for when you actually need to hit it.

9. Have at least one high-bounce wedge

There are some great sand wedges out there with a high amount of bounce, which makes it easier to hit pitch and bunker shots that don’t dig and get stuck in the ground.

Having a sand wedge that has a higher bounce angle will help to offset minor mistakes you might make like having the shaft leaning too far forward at impact or closing the face slightly. While as a teacher, I want to improve technique as much as possible for golfers who fit this profile, a sand wedge with greater “forgiveness”, can help to minimize the result of these mistakes.

The more you accept that every shot is not going to be perfect, and that’s completely OK because it’s the nature of the sport, the easier it is to be calm and realistic.

We all know that golfer who flies off the handle when they hit a bad shot. All it takes is a few bad shots to see them self-destruct for the day.

The golfer who manages this adversity by staying calm and reacting in a more calculated way can often times get through a less than perfect round and still have success.

Reacting less to bad shots can be a learned skill. Next time you catch yourself wanting to get mad or react to a bad shot, try saying to yourself, “oh well,” and move on. It will be hard at first, but it’ll get easier the more you do it, and you’ll end up enjoying the game more and shooting lower scores as a result.