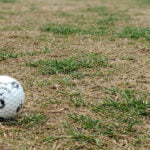 Cooler temperatures aren’t the only thing golfers face during the winter months. Grass goes dormant in most locales, which means there’s less material between the ball and ground. That results in a lot of tight lies, and if it’s been a dry winter, hardpan as well.

So how do you deal with tight lies, particularly on hardpan? Chris Czaja, PGA Teaching Professional at Boca West Country Club in Boca Raton, Fla., said it’s actually a pretty easy shot to master, once you know the secret.

“When I played my college golf for East Carolina University, I spent a lot of time hitting golf shots off tight lies,” Czaja said. “When the grass would go dormant in the winter months, it was a great drill to practice shots off tight lies. I discovered that I could control the ball flight better and really compress the shot. I never feared a tight lie again.”

With a bare lie, Czaja said the contact between the club face and ball should be as clean as hitting off a tee.

“The only time this shot is difficult is when you have to get the ball high in the air on a very short distance shot, like over a trap from 10 yards away,” Czaja said.

Czaja said there are four tips to keep in mind when hitting from a tight lie.

With practice, Czaja said you’ll gain the confidence required to hit from a tight lie.

“Make sure the leading edge of the club gets under the ball,” he said.